I've used this blog to talk about some of the things I love - my God, my family, my profession, and my Cowboys thus far.  But everyone who knows me also knows that I have another great passion in my life, one that has consumed and fascinated me since I was a small boy.  That is my love of finding Indian arrowheads and other artifacts.
My Dad picked up arrowheads when I was a boy - as far back as I can remember, I can visualize his four or five picture frames, backed with red velvet from an old set of curtains, each with a few dozen points grouped in simple geometric patterns.  One day when I was five or six, I was playing in a pile of fill dirt our neighbor had dumped in his yard and I found a single squarebased point while digging a hole with my toy dump truck.  I ran in and showed it to my Dad, who promptly took it away from me (it was a nice point and he knew that I would lose it or trade it for some Hot Wheels; he gave it back when I was old enough to appreciate it!).  That find didn't really spark a lasting interest in me; as a matter of fact, as a boy I loved fishing with my Dad and always complained when he got out of the boat to look for arrowheads.
But one day when I was about twelve or thirteen, we'd been fishing awhile and caught nothing, so Dad and Hershel, his fishing and point hunting partner, decided to check the shoreline for arrowheads.  I didn't want to join them, but I was bored and figured why not?  Herschel sat me down on an old stump hole that had washed full of flint chips and said "If you clean all the flint out of that hole there should be an arrowhead or two in it."
Well, I dug all the flint out of the hole and there were FIVE washed in there.  I was hooked.  It was pretty much the end of my fishing career; I've scarcely wet a hook in the last decade!  But every time I get near a place where I see high ground near water, and earth that has been disturbed, my eyes are on the ground.  I've found arrowheads in creeks, rivers, and along lake shores, in dirt roads, in piles of fill dirt at construction sites, and even in the middle of a convenience story parking lot one time!  My total collection, after a very good year of hunting last year, is over 8700.  I have a relic room whose walls are full of frames of flint artifacts; I can tell you when and where I found most of them without even looking in my logbook.
So why do I do it?  What is the appeal?  A lot of it is from my sense of history.  When I pick up a perfect spear point and realize that my hand is most likely the first one to touch it in three or four thousand years, I think of all the human history that has transpired in that time - the rise and fall of Rome, the writing of the Old and New Testament, the Middle Ages and the Black Death, the Renaissance and Reformation - through all of that, this sharpened bit of flint was lying in the ground. left there by its maker, waiting for someone to come along and pick it up.  Holding it in my hand is like reaching across forty centuries of time and brushing fingers with a person who lived in a world I will never know, when mankind's possibilities had only begun to be reached.  It's a thrill that most people won't understand and many don't want to.  Yet I feel it every time I look down and see one of these little treasures poking up from the dirt!   When I was about fourteen, I found a book about arrowhead collecting by Virgil Russell, one of the old time Colorado artifact hunters.  In the flyleaf was this poem - it expresses how I feel about this hobby better than anything else I have read:
O’er fields of new turned sod
Communing with my God,
I tramped alone.

And in a furrow bed
I found an arrowhead
Chiseled from stone.

Then fancy fled on wings
Back to primeval things
Seeking the light.

What warrior drew the bow,
Sighted and let it go
On its last flight.

How oft this flinten head
On deadly errand sped
I do not know.

Nor will the silent flint
Reveal the slightest hint
How long ago.

Were its grim story told
What tales would it unfold,
Tales that would chill!

I know but this one thing
Beyond all questioning,
“Twas meant to kill”.

Ages have worn away,
Warriors have gone their way,
Their bones are dust.

Proof of a craftsman’s skill
Survives the ages still
Left in my trust. 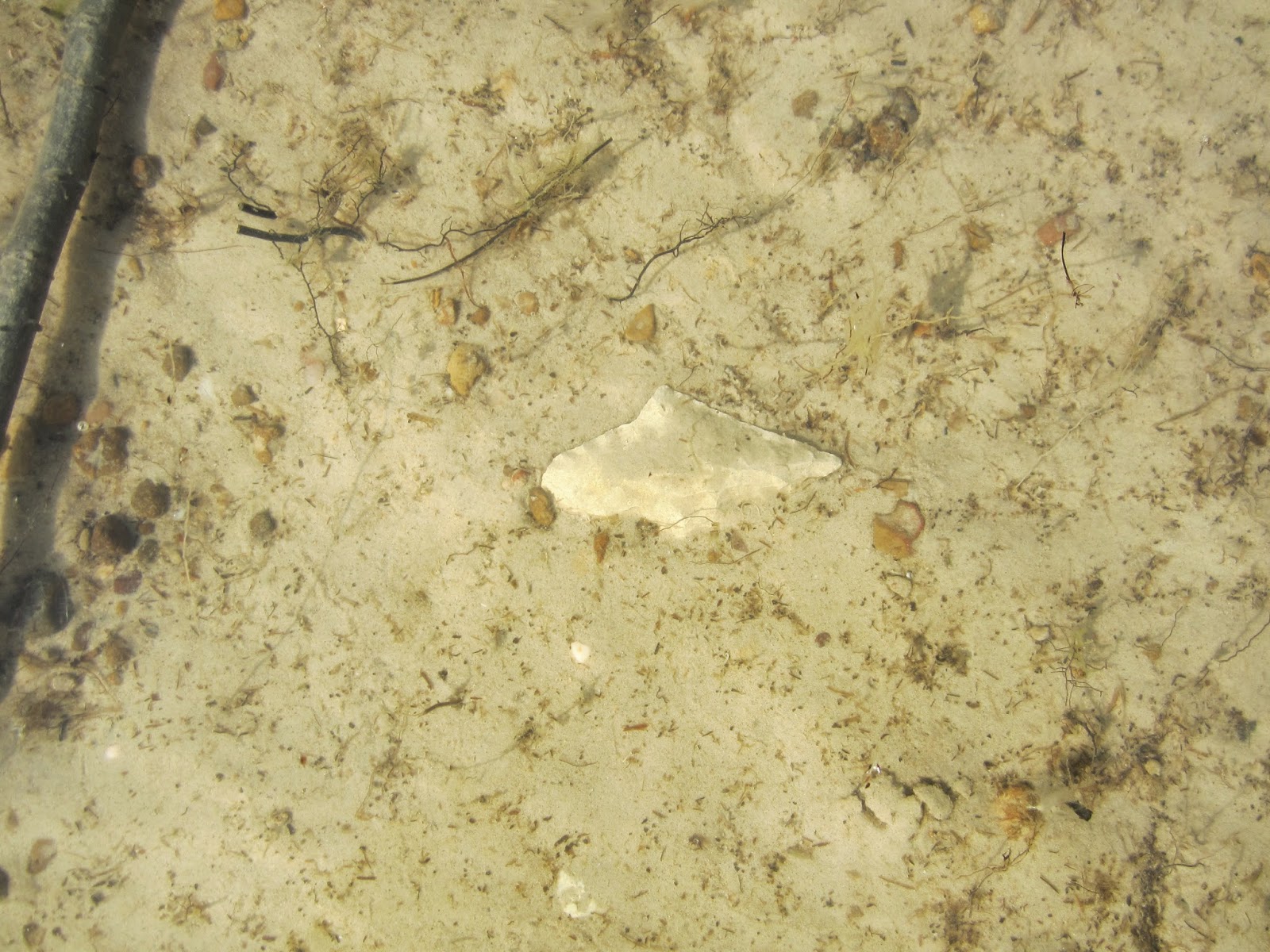